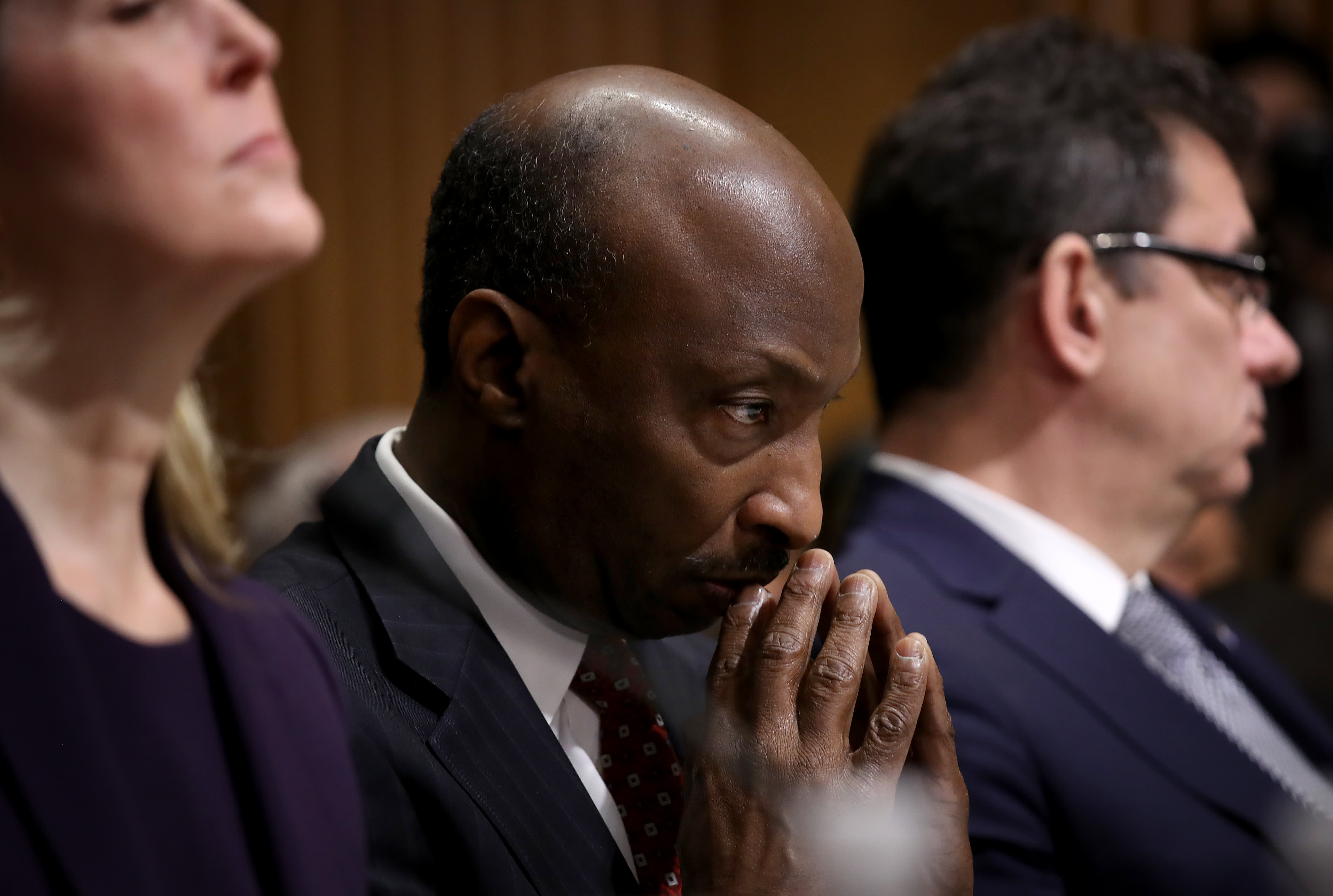 A significant gap in unemployment between blacks and whites continues even as the most recent report from the Bureau of Labor Statistics shows the economy-wide unemployment rate improved in May. The rate for black Americans rose to 16.8%, the highest level in a decade, and exceeded that of white Americans, which ticked down to 12.4% last month, according to BLS data. The unemployment rate for Latino workers, at 17.6%, topped both groups.

Several business leaders have said this week that the gap in unemployment, as well as wages, income and wealth, between is exacerbated by an opportunity gap in education, training and workforce development.

“Education is critical. That is the great equalizer. We always say we’re a land opportunity and opportunity in a knowledge economy comes through education and training,” said Merck CEO Ken Frazier on CNBC’s Squawk Box.

Merck, Amazon and Bank of America are among the more than 250 corporations partnering with an innovative nonprofit organization, Year Up, that aims to close the opportunity gap in the job market for young adults of color.

Year Up, a nonprofit job training and education organization that focuses on bridging the gap between talent and opportunity for low income, mostly black and brown, young adults between 18 and 24 years old. It has partnered with major corporations to offer low-income urban youths six months of intensive training and a six-month corporate internship in information technology, financial operations, sales and customer support, business operations or software development and support at major corporations.

“This is a time for business leadership to take a strong stand to step up and say we will build our companies to be more inclusive, to provide more economic opportunity and ultimately to come out of this crisis to rebuild and recover in ways that are more equitable, more inclusive and ultimately create economic mobility for many more Americans,” said Year Up CEO Gerald Chertavian, who founded the organization 20 years ago.

Year Up graduate Brandon Jordan, once homeless and a high school dropout, is now a software engineer. At 24 he had received his GED and was working at a Panera restaurant in Atlanta when he was accepted into the program.

“I was a young man who was talented. I didn’t really have someone there to give me the opportunity I needed at the time,” Jordan said. “I put my resume out on different websites, never got a call back, never got an email.”

He said his experience in Year Up, which provides free training, a stipend and college credit, gave him the opportunity he needed.  “When I was at those networking sessions at Year Up, I was able to directly integrate with the people that I couldn’t integrate with before. And those people saw the talent that I had, and they were able to hire me on from those networking sessions.”

Jordan, now 29, said the training prepared well for the job he has now as a software engineer at a cost estimation company. “Year Up really took my talent and refined it, made it into something that was presentable, gave me the tools I needed to go into a corporate environment and feel like I’m ready, and be ready to step on the scene, day one.”

Year Up currently operates in 27 cities and has trained more than 30,000 students – including Jordan’s wife. The couple are now homeowners and are expecting their first child.

In the past year, Year Up has been “helping larger organizations to really step back and look at the way in which they are creating inclusive talent pipelines,” Chertavian said. “(We) start by saying, what does it look like to be more inclusive in how you recruit, hire, retrain, retain and advance talent from historically, untapped places, individuals and populations who have been underserved in the past.”

He points to Bank of America, LinkedIn, JPMorgan, Salesforce and Workday as corporations that are “deeply committed” to “operationalizing” these ideas.

Year Up also recently launched its Opportunity Navigator website, part of its Grads of Life initiative, which focuses on developing scalable products and services for employers, workforce development providers and community colleges to more effectively impact young workers between the ages of 16 and 24.

SIGN UP: Money 101 is an 8-week learning course to financial freedom, delivered weekly to your inbox.

CHECK OUT: If you invested $500 in 2010 according to Warren Buffett’s advice, here’s how much you’d have now via Grow with Acorns+CNBC.

Disclosure: NBCUniversal and Comcast Ventures are investors in Acorns.

Airlines are hours away from cutting more than 30,000 jobs without billions more in federal aid
Stock futures rise slightly as investors brace for final quarter of 2020
Biden’s tax returns show he lost $100,000 in deductions due to SALT caps
With so many people living longer, advisors help to make sure the fear of outliving money doesn’t become a reality
Barry Sternlicht sees a ‘significant correction in high flying stocks’ with a Democratic sweep