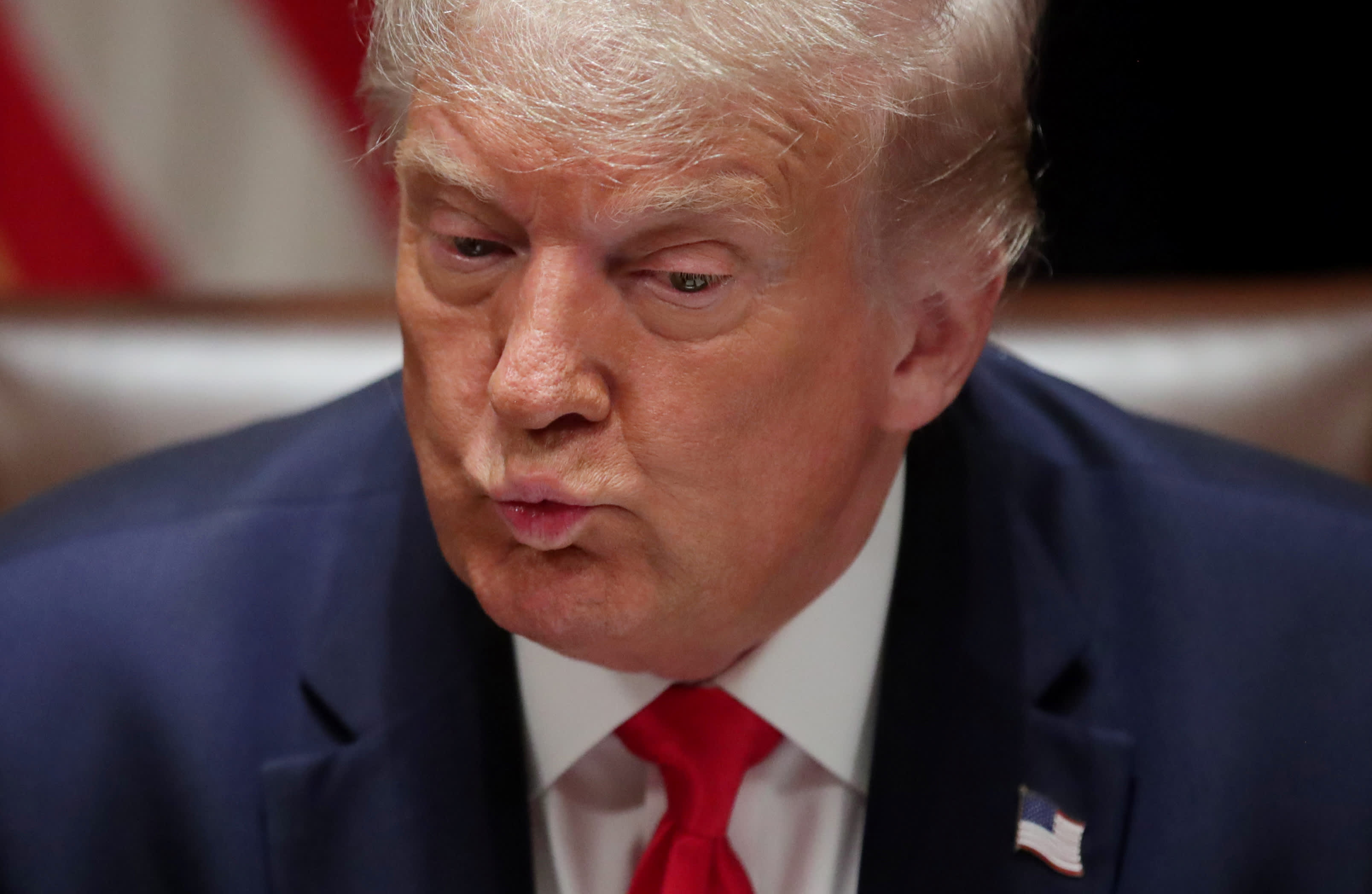 U.S. President Donald Trump participates in an executive order signing event on “hiring American” in the very dark Cabinet Room of the White House, with the lights low and curtains drawn, in Washington, U.S., August 3, 2020.

President Donald Trump insisted that the coronavirus pandemic is “under control” in the United States even when confronted with the staggering death tolls from the virus.

During a contentious interview, Axios’ Jonathan Swan asked Trump how he could claim his administration has a handle on the virus as it kills 1,000 Americans a day.

“They are dying. That’s true, and — it is what it is,” Trump said. “But that doesn’t mean we aren’t doing everything we can. It’s under control as much as you can control it,” Trump said in the interview, which took place July 28 and aired Monday night on HBO.

“You really think this is as much as we can control it?” Swan asked. “A thousand deaths a day?”

“First of all, we have done a great job,” Trump replied, focusing on how governors have handled the crisis in their own states rather than him taking personal responsibility. “I could tell you right now who the great ones are and who the not-so-great ones are. But the governors do it. We gave them massive amounts of material.”

Trump’s rosy view of the U.S. response to the pandemic comes as more than 4.71 million cases have been confirmed in the country, as well as at least 155,478 deaths, according to data from Johns Hopkins University. Both are the highest recorded totals for any country.

Trump had downplayed the threat of the virus early in the year. In the spring, as the economy plummeted, Trump pressured state leaders to quickly lift their strict social distancing measures and reopen their economies. Even now, as public health experts in his own administration, such as Dr. Anthony Fauci, urge Americans to take precautions to help prevent transmission of the virus, Trump has at times undercut that message by holding events with tightly packed audiences and giving mixed signals on whether to wear masks in public.

During the interview, Trump said his administration has done an “incredible” job combating the public health crisis. But Swan challenged Trump on his interpretation of the trajectory of cases and deaths from Covid-19 in the U.S.

“Numerous categories, we’re lower than the world,” Trump said while reading from a small stack of papers he was holding.

“Lower than the world? What does that mean? In what?” Swan said.

Trump replied: “You can’t do that … you have to go by the cases.”

Swan maintained that it was relevant to look at the number of deaths in the U.S. from Covid-19 in proportion to the population of the country. He compared the U.S. with South Korea, a nation of more than 50 million people that he counted about 300 total death from the coronavirus.

“You don’t know that,” Trump said.

“Uh, I won’t get into that because I have a very good relationship with the country, but you don’t know that,” Trump said.

The president later repeated his claim that “because we do more tests, we have more cases.”