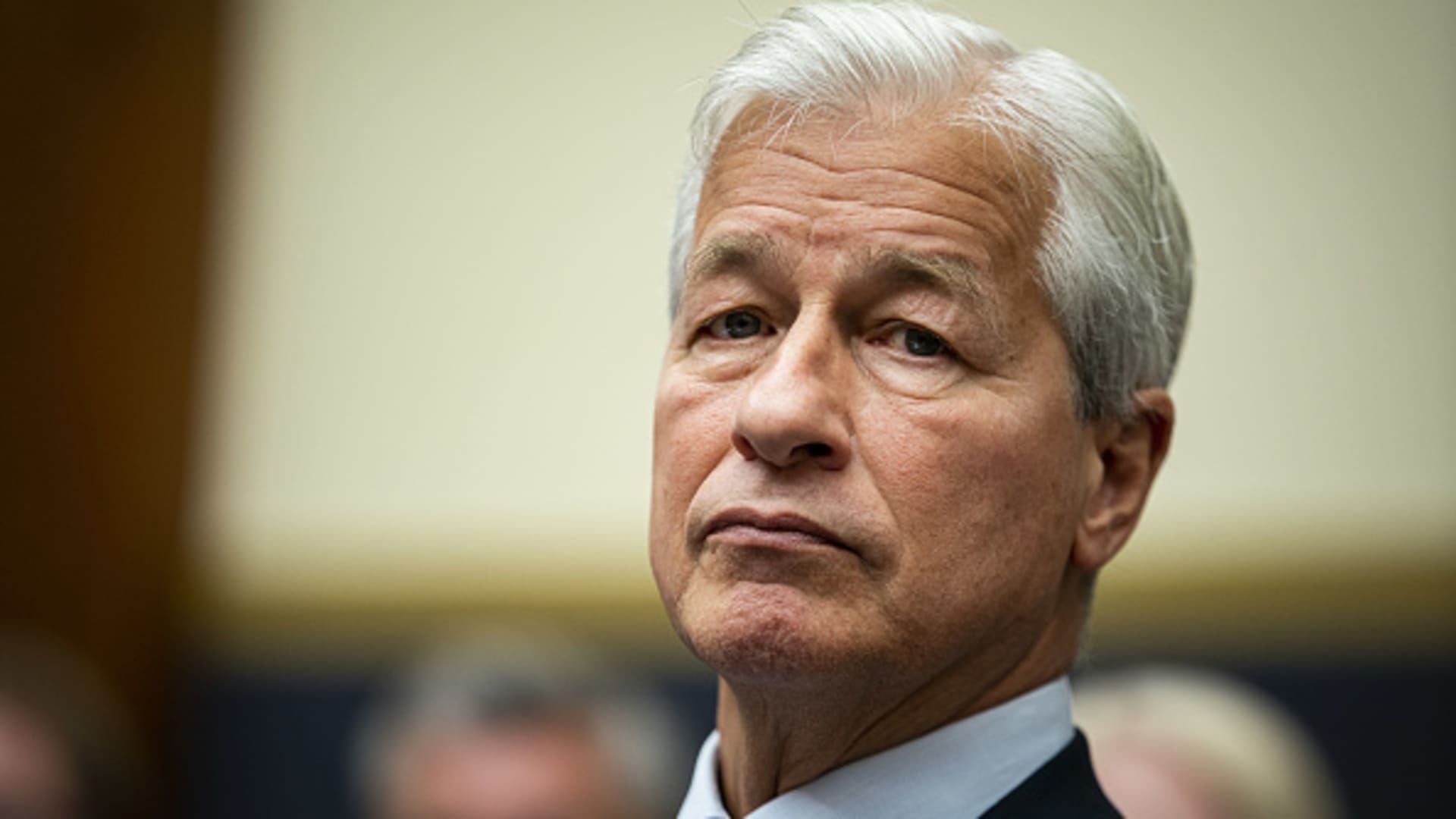 Jamie Dimon said in June that he was preparing the bank for an economic “hurricane” caused by the Federal Reserve and Russia’s war in Ukraine.
Al Drago | Bloomberg | Getty Images

JPMorgan Chase on Thursday shut down the website for a college financial aid platform it bought for $175 million after alleging that the company’s founder created nearly 4 million fake customer accounts.

The country’s biggest bank acquired Frank in Sept. 2021 to help it deepen relationships with college students, a key demographic, a Chase executive told CNBC at the time.

JPMorgan touted the deal as giving it the “fastest-growing college financial planning platform” used by more than five million students at 6,000 institutions. It also provided access to the startup’s founder Charlie Javice, who joined the New York-based bank as part of the acquisition.

Months after the transaction closed, JPMorgan said it learned the truth after sending out marketing emails to a batch of 400,000 Frank customers. About 70% of the emails bounced back, the bank said in a lawsuit filed last month in federal court.

Javice, who had approached JPMorgan in mid-2021 about a potential sale, lied to the bank about her startup’s scale, the bank alleged. Specifically, after being pressed for confirmation of Frank’s customer base during the due diligence process, Javice used a data scientist to invent millions of fake accounts, according to JPMorgan.

“To cash in, Javice decided to lie, including lying about Frank’s success, Frank’s size, and the depth of Frank’s market penetration in order to induce JPMC to purchase Frank for $175 million,” the bank said. “Javice represented in documents placed in the acquisition data room, in pitch materials, and through verbal presentations [that] more than 4.25 million students had created Frank accounts.”

Instead of gaining a business with 4.25 million students, JPMorgan had one with “fewer than 300,000 customers,” JPMorgan said in the suit.

In the suit, JPMorgan alleged that Javice first asked her engineering chief to create “fake customer details” using algorithms. When he refused, she found a data science professor at a New York area college to create the accounts, the lender said.

The bank included incriminating emails between the unnamed professor and Javice in its suit.

For instance, Javice had allegedly asked the professor: “Will the fake emails look real with an eye check or better to use unique ID?”

JPMorgan had access to the emails because it had acquired Frank’s technology systems as part of the acquisition, according to a person with knowledge of the situation.

A lawyer for Javice told the Wall Street Journal that JPMorgan had “manufactured” reasons to fire her late last year to avoid paying millions of dollars owed to her. Javice has sued JPMorgan, saying that the bank should front legal bills she incurred during its internal investigations.

“After JPM rushed to acquire Charlie’s rocketship business, JPM realized they couldn’t work around existing student privacy laws, committed misconduct and then tried to retrade the deal,” attorney Alex Spiro told the Journal. “Charlie blew the whistle and then sued.”

Spiro, a partner with Quinn Emanuel, didn’t immediately return a call from CNBC.

“Our legal claims against Ms. Javice and Mr. Amar are set out in our complaint, along with the key facts,” he said. “Ms. Javice was not and is not a whistleblower. Any dispute will be resolved through the legal process.”

The alleged fraud perpetrated by Javice and one of her executives “materially damaged JPMC in an amount to be proven at trial, but not less than $175 million,” JPMorgan said in its suit.

Regardless of the outcome of this legal scuffle, this is an embarrassing episode for JPMorgan and its CEO Jamie Dimon. In a bid to fend off encroaching competitors, JPMorgan has gone on a buying spree of fintech companies in recent years, and Dimon has repeatedly defended his technology investments as necessary ones that will yield good returns.

The fact that a young founder in an industry known for shaky metrics and a “fake it ’til you make it” ethos managed to dupe JPMorgan calls into question how stringent the bank’s due diligence process is.

In an interview at the time of the deal, Javice marveled at how far she had come in just a few years leading her startup.

“Today is my first day employed by someone else, ever,” Javice told CNBC. “I mean it still feels very much like, pinch me, did this really happen?”

As a result of the legal scuffle, JPMorgan shut down Frank early Thursday morning.